OVER 75 YEARS OF AVIATION EXPERIENCE

HRH was founded in 2005 under the direction of Andy Gibbs. The goal was to create a company focused on providing safe flight operations, high quality aircraft maintenance, and expert sales advice, all with a personal touch.

The HRH staff continues to combine their thousands of hours of pilot experience, aircraft maintenance expertise, and years of aviation knowledge into a full service aviation company.

With the growing demand for private aircraft transportation, training, and ownership, HRH strives to meet all the needs of our varied customers. HRH’s highly experienced staff allows for a unique, professional, and individualized customer experience. HRH is ready to serve you.

For more information about helicopter charters, special event support, aerial photography and videography, tours, flight training, maintenance, sales, aircraft management, or pilot services, email us at flying@hrheli.com or call 757-488-9044.   We look forward to partnering with you. 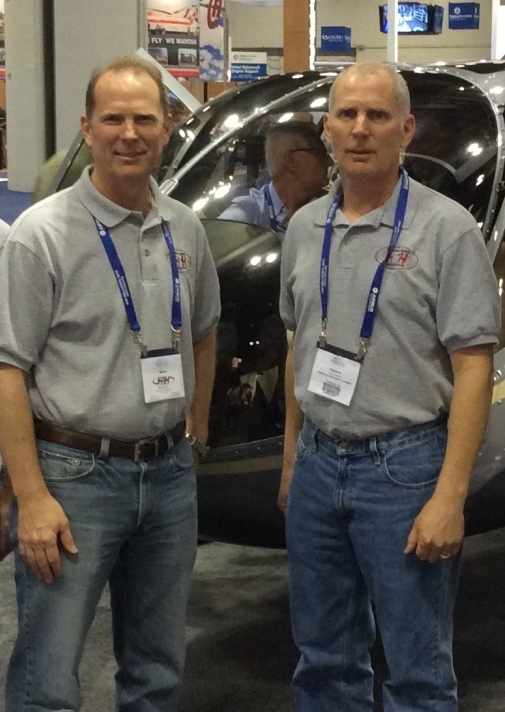 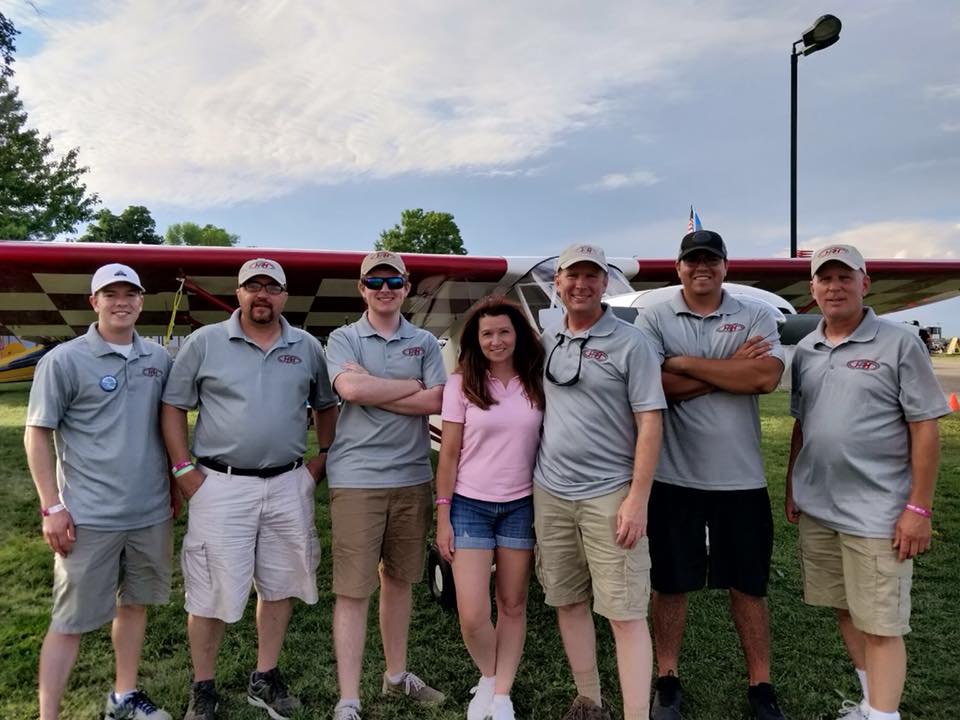 Some of our HRH staff at 2018 EAA AirVenture in Oshkosh 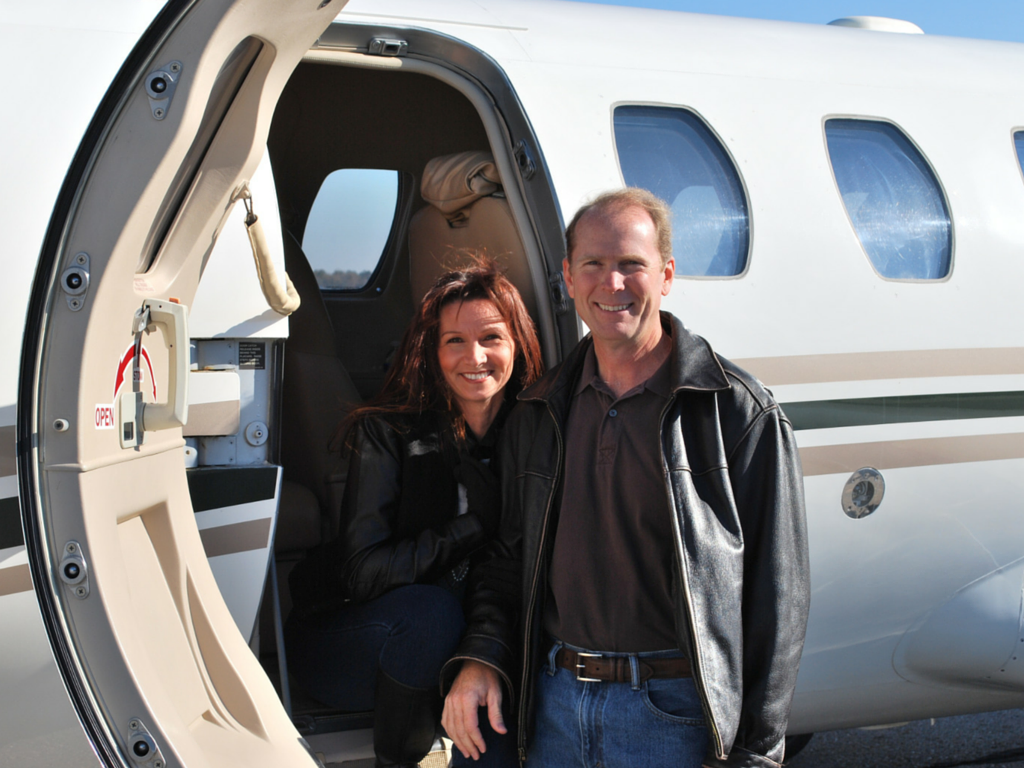 President & Co-founder of HRHHelicopter Pilot/Instructor/Designated Examiner and Airplane Pilot/Instructor
In 2005, Dave transitioned from flying for the Air Force to team with Andy Gibbs to start and grow HRH into a premier aviation services company.

Dave is a graduate of the U.S. Air Force Academy and served flying VIP’s in Learjets, international missions in the C-5 Galaxy, and navaid flight inspection in Hawker 800s.

However, his start in aviation and love for helicopters began at an early age, where in the 1970’s & 80’s he grew up around and worked for Brantly-Hynes Helicopters, at the time owned by his father Michael Hynes.

Dave is a believer that the family oriented business environment is key to HRH’s success, and his wife Shanda and two boys Mitchell and Ryan can all be found pitching in around the hangar.

With over 16,000+ accident free flying hours split almost evenly between helicopters and airplanes, Dave personally oversees all operations for HRH. 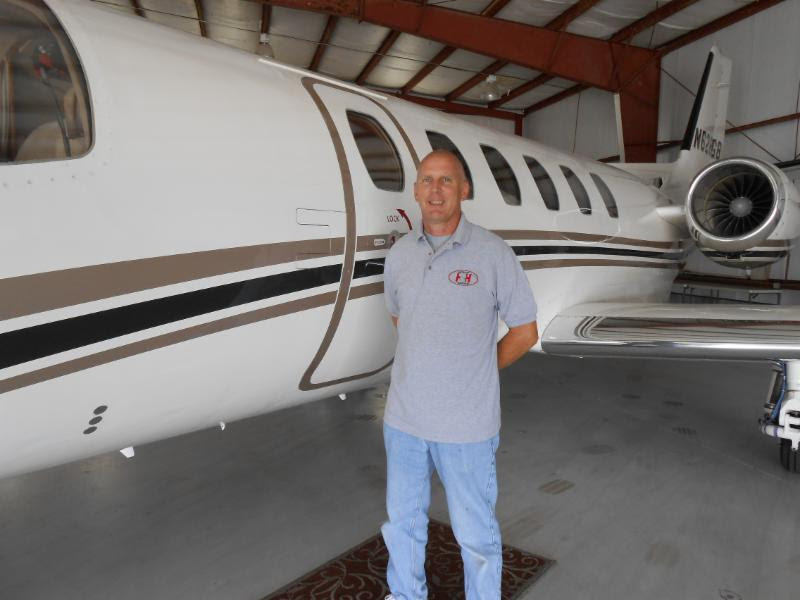 The family atmosphere of HRH played a major role in Pat’s decision to move to Virginia and team up with his “little” brother Dave.  He and his two boys, Braden and Chase, fit right in with the HRH family.

Patrick’s diverse maintenance background and thousands of hours of pilot experience give him a unique capability to superbly perform his DOM role for HRH’s customers. 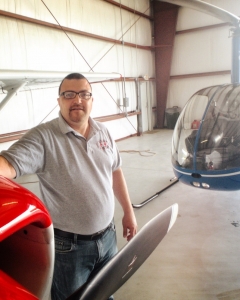 Scott’s had a love of flying since his first flights to visit Belize, Guatemala, and Honduras. That love deepened in the Canadian back country of Ontario and Manitoba on float planes, and most recently a cross country flight to San Diego to visit the Baja of Mexico.

He still has a fond memory of his first helicopter ride, and enjoys getting to know the Robinson product better by learning how amazing they are for getting to know an area and completing the mission.

Scott enjoys rooting for the NHL’s San Jose Sharks, making memories with his wife and two children, and hearing an old radial engine on startup. 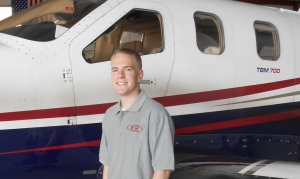 Airplane Pilot & Instructor, Flight Ops Coordinator
John’s pursuit of a career in aviation began with an airline flight in middle school and led him to joining the HRH team in 2017.

John grew up in Tuscaloosa, AL, and went on to study business and aviation management at Auburn University. While at Auburn he achieved his Private and Instrument airplane ratings. After graduating college in 2013, he joined the Navy to train and serve as a Naval Flight Officer.

He was stationed at Oceania Naval Base in Virginia Beach in 2015 as a Weapon System Officer in the F/A-18 Super Hornet. In 2017, John decided to take an opportunity to leave the Navy to pursue his career as a professional pilot. He completed his Commercial single and multi-engine ratings and joined our team at HRH.

John enjoys spending time outside hiking, road biking, and running. He also likes watching Auburn football and spending time with his wife and fellow Auburn fan, Meagan. He looks forward to advancing with HRH and furthering his knowledge of aviation. 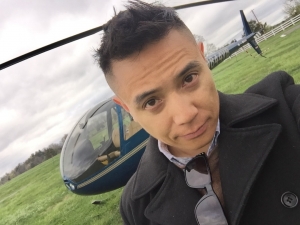 Helicopter Instructor and Pilot
Erwin is a third generation native Californian but has called many places around the world home.

He’s lived several different lives: in one previous life, he was an art student, in another he got a graduate degree in political science.

In the longest of those incarnations, Erwin wore a Stetson as a Cavalry Officer in the US Army, a twice-spurred leader of scouts and infantrymen.

Erwin spent many a hot day in dusty, sweltering places like Kandahar, looking up with envy at the helicopters flying above him. It was in places like that where he realized he was blessed to have met his professional goals earlier than most, and was barely young enough for another profession. So, he earned his helicopter ratings in central Oregon, and flew clear across the continent to Virginia to chase his second dream of flying!

Erwin collects unfinished hobbies, but the ones with staying power include being a movie nerd, and wasting money on cars. 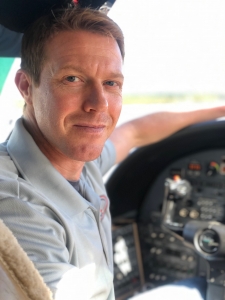 Airplane Pilot and Instructor
Erik comes to HRH with over ten years of instructional and corporate flying experience. Having first soloed an airplane while in high school, he realized his dream of becoming a professional pilot after attending the University of Virginia, and has served in various pilot roles since, including Chief Instructor, Chief Pilot, and as a contract pilot.

A native Virginian, Erik was born and raised in Winchester and has lived throughout the state. A chance to move to the Tidewater Region eventually led him on a track to HRH and the future.

As a history buff, Erik relishes the storied past of the region and has been known to serve as a spontaneous guide from the air. However, the adventure of flight always keeps him yearning to see what’s over the next horizon. He also enjoys tall tales with family and friends, the mountains, the beach, watching and playing soccer, and taking on the world with his wife Lindsay and their dog Starbuck. 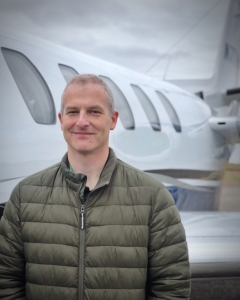 A native of northern VA and currently residing in Richmond, he has spent most of his life in various parts of Virginia.

Aviation has always been in his blood, and with his father, grandfather, uncle, and brother in law all professional pilots it just runs in the family. A degree from Embry Riddle Aeronautical University was followed by years as flight instructor, freight dog, charter pilot, and now a pilot for HRH.

Recently married to his wife Ashley, they have five kids between them, which takes up the majority of his free time. Building things for their home, plans for starting a small farm, and keeping a 30 year old RV running take up the rest. 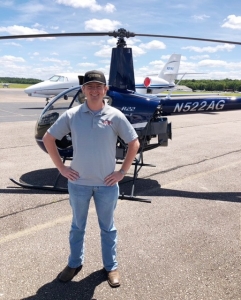 Helicopter and Airplane Instructor and Pilot
With aviation being so ingrained in the Hynes family, it only made sense that Mitchell was flying helicopters and airplanes solo before he could even drive alone. Mitchell soloed both the airplane and the helicopter on his 16th birthday, and got his private pilot certificate on his 17th.

After high school, Mitchell moved to Blacksburg, Virginia to attend college at Virginia Tech, where he is currently finishing an engineering degree in Computer Science.

Mitchell loves flying, instructing, and aircraft maintenance, all of which he does as much as possible, whether he’s in Blacksburg or Hampton Roads!

Outside of flying, Mitchell enjoys competitive shooting, especially shotguns, and has been a member of the Virginia Tech Clay Target Team for over three years. He’s competed up and down the entire East Coast, and made the VT Clay Target National Team twice. Mitchell spends the rest of his free time hunting, being outdoors, and enjoying the company of friends. 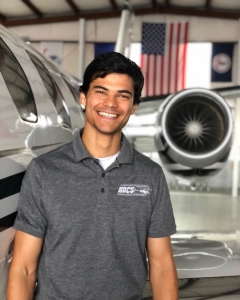 Airplane Instructor and Pilot
“A mile of road takes you one mile further, a mile of runway takes you anywhere you want to go.”
-Unknown

Gabriel has joined HRH as a fulltime airplane pilot, instructor, and helping hand. Originally from Hawai’i, his aviation training and service as a Flight Instructor has taken Gabriel from the great Pacific Northwest, to the busy Northeast, and now here to the mid-Atlantic.

Gabriel is always ready for an adventure which has helped to breed his love for flying; he counts every flight to be a blessing no matter whether the aircraft is a simple J3Cub or a sleek Citation. You can find him in church on Sunday, outdoors, in books, and spending time with family. 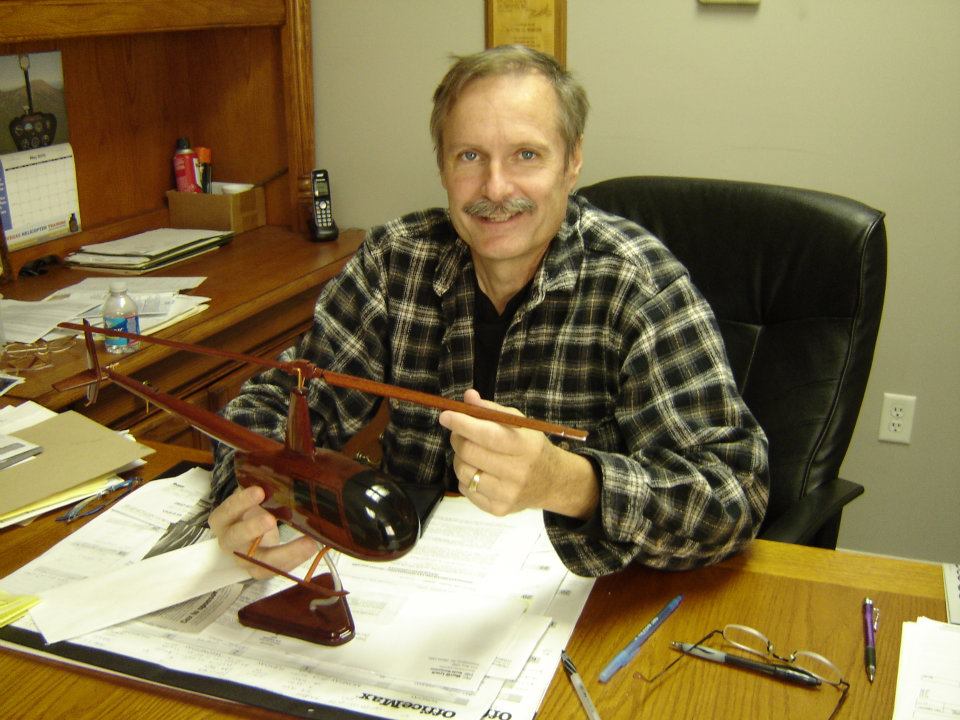 David “Andy” Gibbs was the driving force behind establishing HRH in 2005. But Andy’s passion for flying combined with his diverse background in real estate, property management, and construction made him a success right from his start in the aviation business in the early 1990’s.

He started and grew Hampton Roads Charter Service into a Part 135 Charter Operator and Robinson Helicopter Service Center and Dealership. In 2000, Andy expanded his aviation interests to include becoming a part owner of the Hampton Roads Executive Airport and he helped guide the airport to becoming a premier regional airport.

While Andy’s passing in February of 2013 saddened everyone that knew him, his entrepreneurial spirit still drives us all here at HRH to be the best at what we do. His wife Sandie and his two boys Drew and Jake continue to carry on Andy’s legacy at HRH.